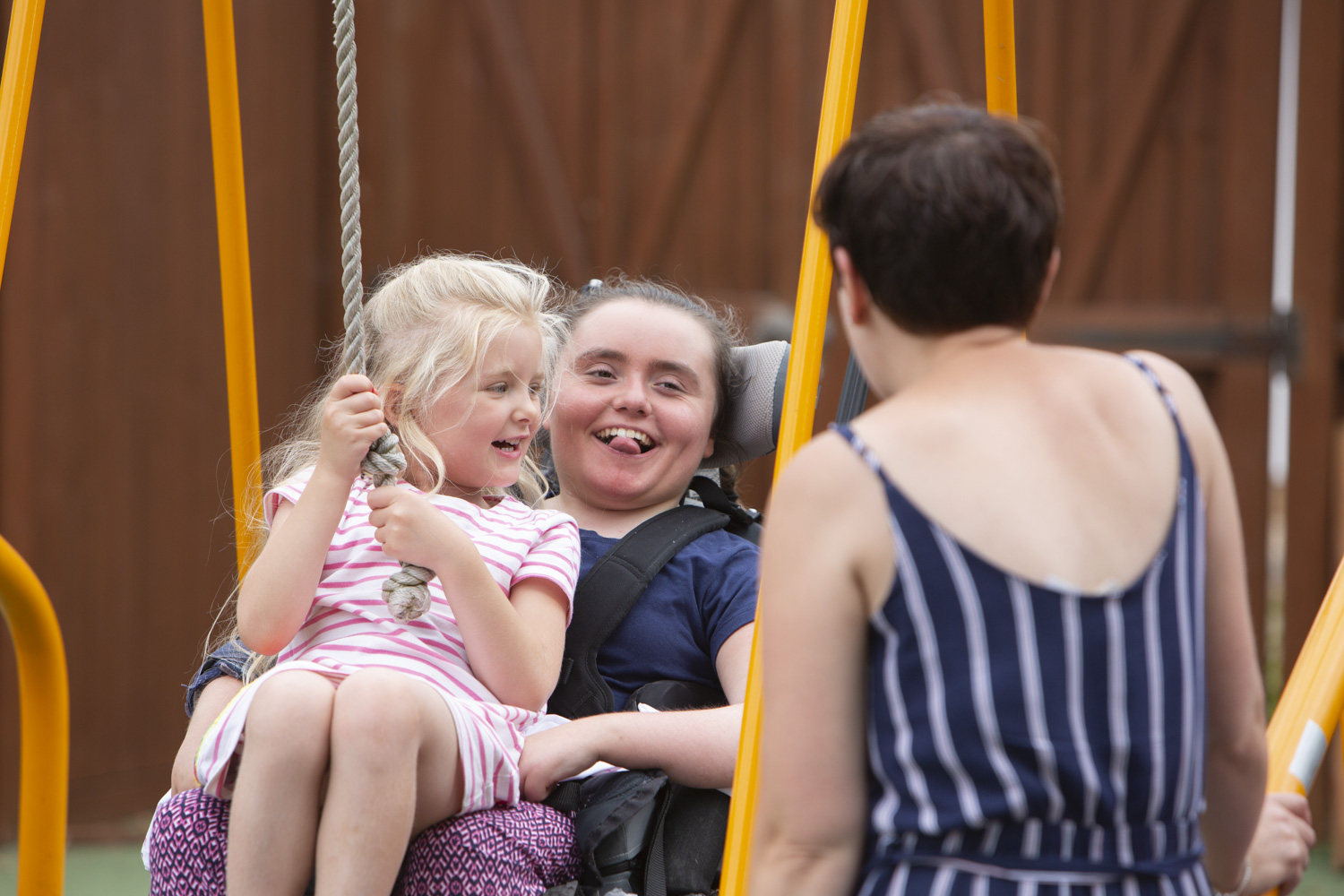 Just like any teenager, 17-year-old Hollie absolutely adores her music – from R’n’B to Girls Aloud. But, unlike her peers, Hollie suffers from the life-limiting progressive disorder Rett Syndrome.

Hollie was nine months old when mum Emma started to notice some unusual behaviour in her daughter. “She started to have a fixation on her hands, chewing and sucking on them constantly,” explains Emma. “She’d also have really bad reflux, which meant she was vomiting all the time.” When Hollie began to lose her balance, alarm bells started to ring for Emma: “Lots of little things were happening that weren’t quite right, then she started having screaming and giggling episodes and seizures.

It wasn’t until Hollie was 18 months old that she was diagnosed with Rett Syndrome, a rare genetic disorder that affects brain development resulting in severe mental and physical disability. The syndrome, which mainly affects girls, is on a spectrum and can affect each girl differently. Hollie has true Rett Syndrome, and is at the severe end of the spectrum. “Unfortunately she regresses quite badly,” explains Emma. “She would pick up skills and then lose them again, which has happened throughout her life.”

Hollie was 13 when Shooting Star Chase became part of her life. Emma says: “We were doing everything on our own and as she was getting older it got harder. We always knew her condition was life-limiting but when people said about a children’s hospice I had a very different picture of what it would be. I always had a preconception, thinking, ‘well she’s not going to die now’, but soon came to realise that’s not what a children’s hospice is.

“Since she’s been coming to Shooting Star Chase we haven’t looked back – Hollie adores coming. She won’t stay anywhere else – she’ll be at home or at Shooting Star House, those are the only places she feels comfortable.”

Over the years, the family have been supported by a number of services including short breaks and a range of therapies such as the hydrotherapy pool. “She hasn’t got great mobility, but in the pool it doesn’t matter,” explains Emma. “She loves to relax and it helps with her asthma too. She’d stay in there all day if she could. The care team are amazing with her; they know how much she loves her music so they put on the sound system, turn on the special lights and let her just listen and chill out.” Hollie also enjoys doing music therapy at the hospice as it gives her the chance to express herself through a medium she loves.

Over Christmas Hollie spent time in hospital, and, as she was so poorly, she wasn’t able to go to back to school when she was discharged so the family benefited from a short break. “During this time Shooting Star Chase helped our family so much,” says Emma. “Hollie could go to Shooting Star House for a few days to give us a bit of a break, which made a big difference. It also meant we were able to go and be with Sophia for a while, Hollie’s 5-year-old sister.”

Now Sophia is getting older, Emma is keen to look into the Siblings’ Groups that are held throughout the year at both hospices. With activities and trips out, these groups offer siblings the opportunity to explore and share their feelings in a safe environment. Emma says: “Sometimes when you have a disabled child it’s easy to think it’s just you; so taking part in activities with other families is nice, not just as parents but also for Sophia.”

Since the beginning of the year, Hollie’s condition has got progressively worse. “Her organs are starting to shut down and her stomach has completely shut down, so she has a jejunostomy which helps her to be fed into her lower abdomen, but her bowels just can’t cope – they aren’t getting the right signals,” explains Emma. “It’s harder now that she’s older. She’s regressing and it’s difficult as we obviously want to keep her for as long as we possibly can, however, her body is taking over. We have to take each day as it comes. We try not to dwell on it because we have to make the most of what we have. I don’t know what’s going to happen with Hollie so I want to appreciate every day I have with her; we adore her and feel so lucky to have her. Every day is different with Hollie, but as long as she’s happy that’s all that matters – and she is here at Shooting Star House.”