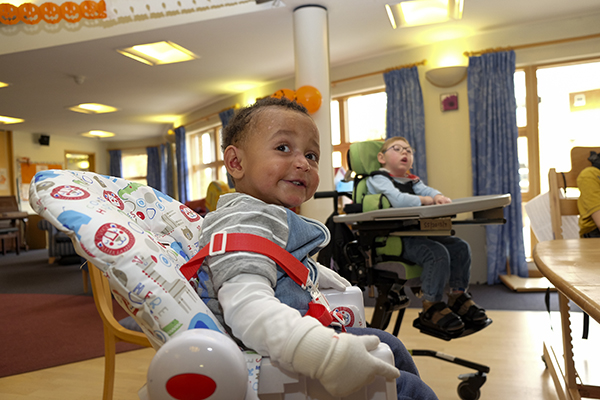 pidermolysis Bullosa (EB) is a rare skin condition affecting around 5,000 people in the UK. People with EB have extremely fragile skin which can tear and blister at the slightest touch. There are many variants, and one-year-old James has the most severe form of the condition.

“It’s one of the most painful conditions you can imagine and everyday activities can cause him significant skin damage,” says mum Beata. “The whole of his body is very fragile. He gets blisters very easily and they need to be attended to quickly because if you don’t the liquid will fill up and the resulting damage is even worse. Having constant wounds and the healing of those wounds is very demanding on his body. It also impacts on the connective tissue so it affects his eyes, his mouth and his internal organs. 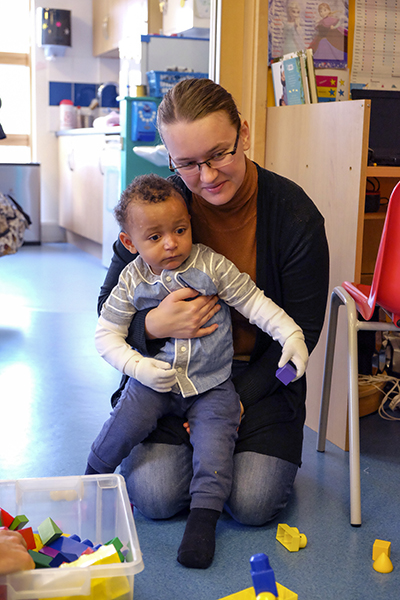 James’ condition had come as a complete shock for Beata and dad George. “We had been trying for a while and were overjoyed to find out I was pregnant. The pregnancy was very normal, the scans were normal and the birth itself went according to plan. But as soon as James was born I noticed his legs were a different colour. We later learned that was because he had no skin on them. James was obviously in a lot of pain and was taken away. That’s when the shock started to kick in. We’d had no problems in pregnancy or the birth and suddenly we knew something was wrong but didn’t know what. Each minute that passed felt like an eternity.”

“I think the nurses and the doctors had an idea it was EB but it was about three weeks before we got a full diagnosis. There’s no history of similar conditions in either family but it turns out George and I both carry the gene and it can be passed when two carriers of the same subtype meet. Learning about EB, reading that there’s no cure and seeing the prognosis was overwhelming. The main problem with EB is the frequent and repeated damage of the skin. The condition is progressive and eventually the skin won’t be able to heal itself. People with EB have a very high risk of skin cancer. That’s something we have to bear in mind and do everything we can to help prevent wounds.”

James requires round-the-clock care. “Just by rubbing his face James can get wounds. He can also get blisters in his eyes and mouth. Everyday care is so much harder. If you imagine the time it takes to look after a healthy baby, you can triple or quadruple that for a child with James’ condition. 90% of his body is covered in some kind of bandage, so a simple nappy change can take an hour. Bath time can take three hours to complete. Even seams in clothes can damage his skin, so we stitch everything down. As well as the bandages he has lots of ointments and medications. His room is like a mini hospital in that sense. He doesn’t have any break from it and neither do we. I don’t think that will ever get easier.

“And despite of all this James is very resilient. His skin might be fragile, but he is tough on the inside. Sometimes he’ll have a huge blister and you have to deal with it. He’ll cry for a minute and then the next minute he’s smiling at you. He is so determined. Sometimes you can see he is in pain but trying not to show it.” 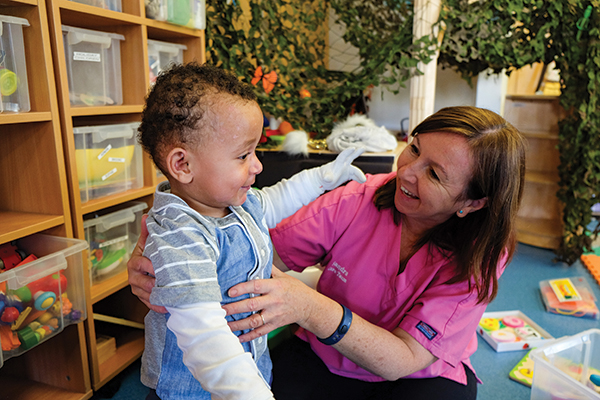 Beata and George also have to deal with the emotional impact. “There’s no doubt it has been difficult for both of us. It is devastating to see him in pain. You wouldn’t think by feeding your child it would cause pain or by hugging him you can cause damage. It’s hard to find time to recharge, to spend time together or do normal family activities, such as taking James swimming. Seeing James in pain is terrible, but it’s worse knowing you can’t solve it or protect him from it. Sometimes we blame ourselves and sometimes we end up blaming each other – you see a wound and you don’t know where it has come from because it can happen so easily. We have to remind ourselves that he’s got this horrible condition and these things are a consequence of that.”

The family were referred to Shooting Star Chase within weeks of James’ diagnosis in order get some vital support. “We visited Shooting Star House and were shown all the great facilities on offer. We felt the best way of using the hospice for our needs was to use day care once a week. Because James is so fragile it was quite a big step for us to let someone else look after him. But you can see the way he has progressed from being in day care. They do lovely activities for him and he particularly loves all the music sessions they do. It’s a lovely team and do all they can to look after him. One of the team went to the EB conference to learn even more about his condition. That shows that they really care about him as a person. Shooting Star Chase has been a very positive influence on James and it’s been really helpful for me too. I’ve been to a mum’s pamper day which was really sweet – I had a head massage and reflexology. It was a really nice gesture and it’s so rare to get a bit of pampering nowadays. The respite and support we get really helps and more importantly it has helped for James’ development too.” 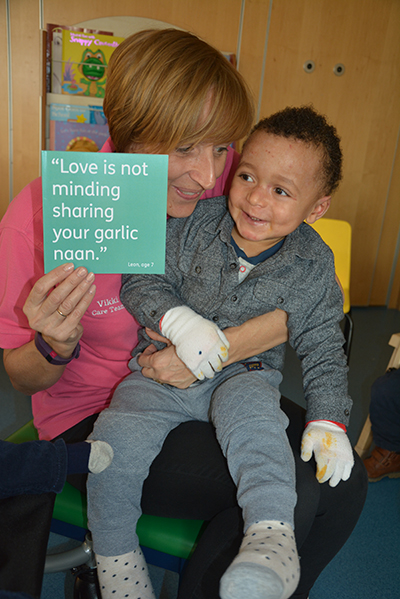