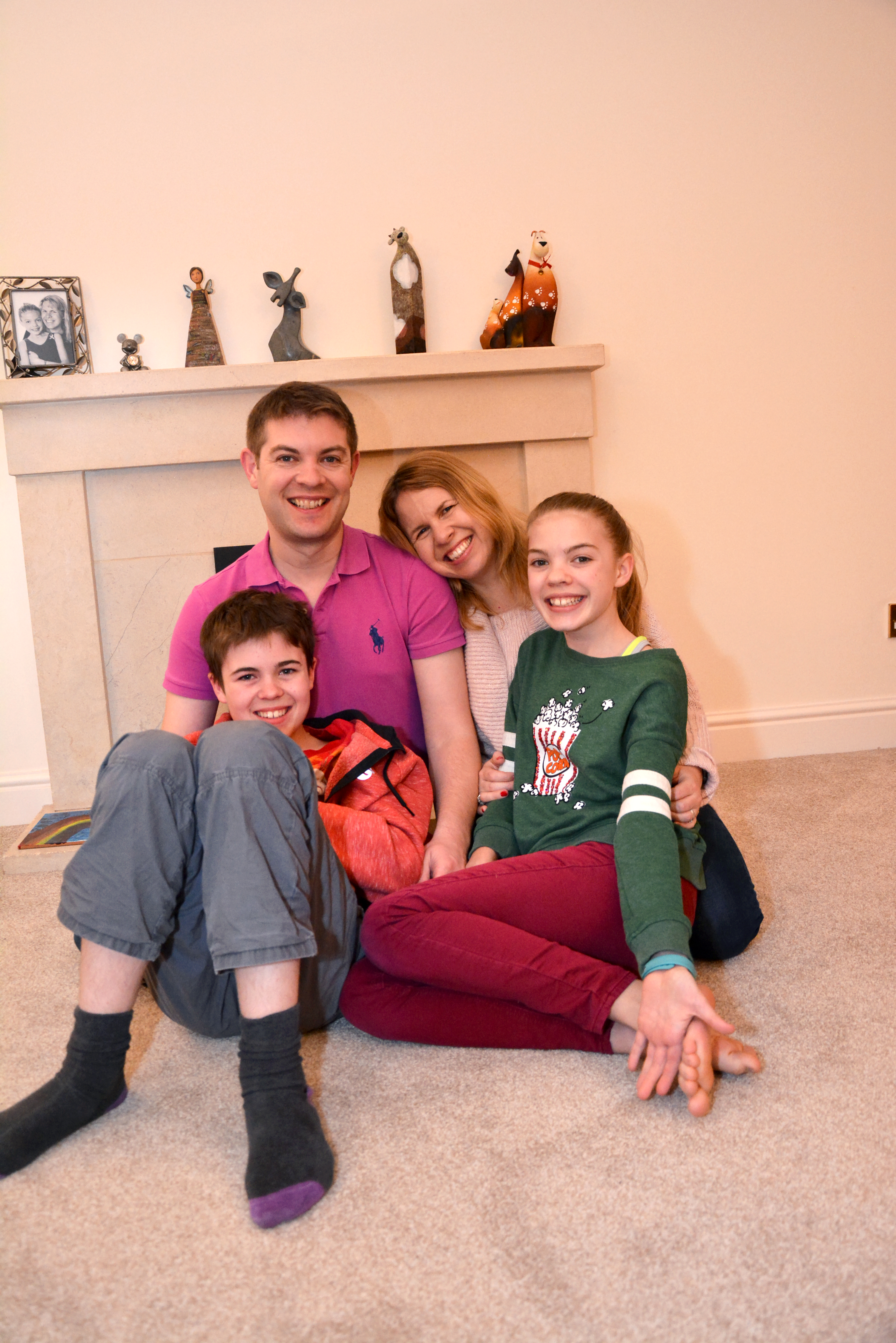 “Whatever the future holds for us, dealing with the impact of George’s condition is made bearable because of Shooting Star Children’s Hospices and we simply couldn’t function without them. They are the greatest support network to anyone in our position.” says Nicky. 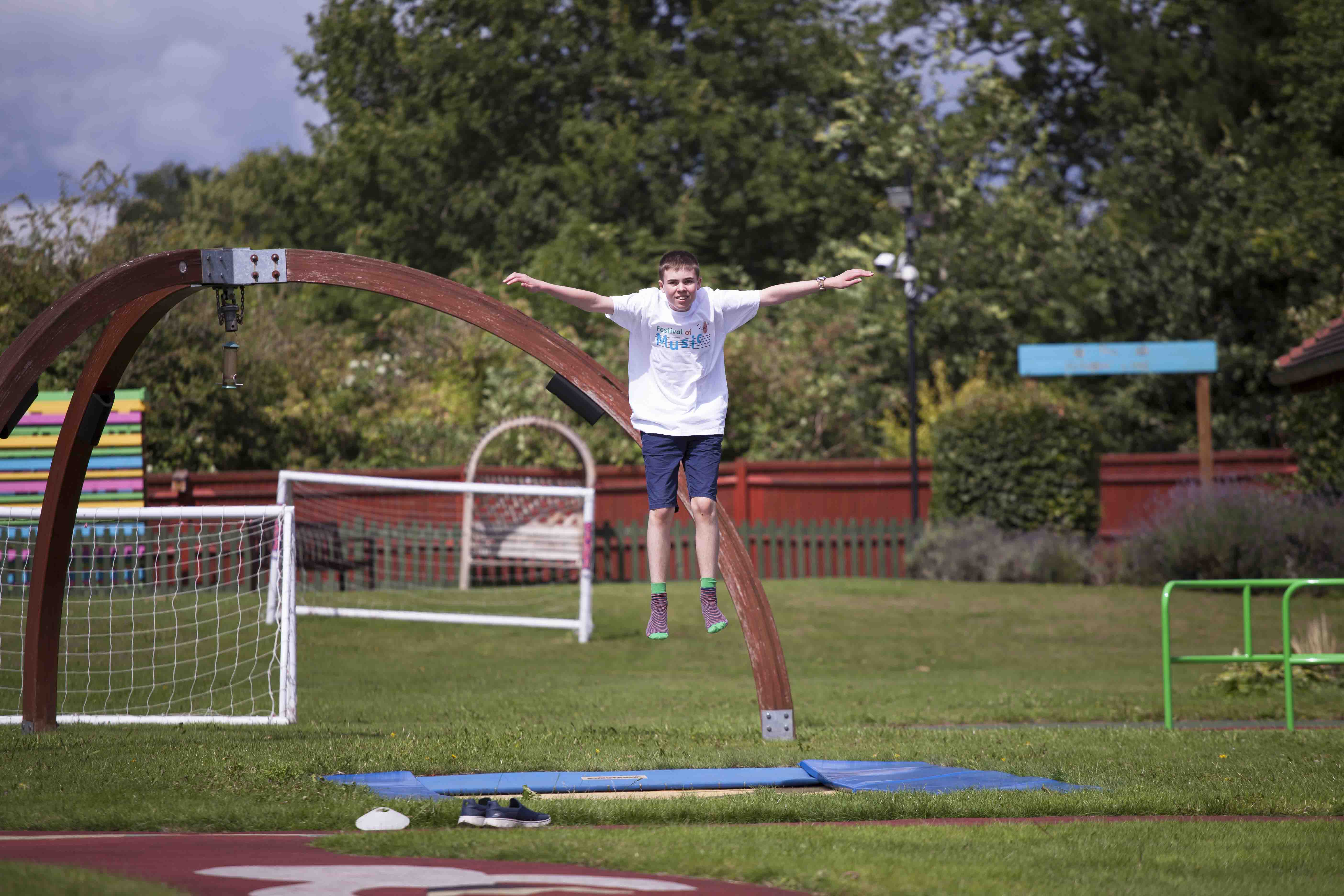 Marking halfway through a year of fantastic fundraising, Nicky Ludlow from Guildford, will be taking on the Royal Parks Half Marathon on 13th October in aid of local children’s hospice charity, Shooting Star Children’s Hospices, who support her son George.

The Royal Parks Half Marathon takes runners on a beautifully scenic route through four of London’s Royal Parks – Hyde Park, Green Park, St James’s Park and Kensington Gardens. The runners will experience the famous parks in all their autumnal glory as well as seeing the magnificent landmarks of the capital including Buckingham Palace and the Houses of Parliament.

This half marathon is just one in a long line of challenges Nicky has taken on this year with her friend Julie, with the hope to have run an astounding 118,000 metres by the end of the fundraising year.

“We decided to do a year of fundraising in aid of Shooting Star Children’s Hospices,” explains Nicky. “We started George’s Dragons fundraising on St George’s Day 2019 and are taking part in challenges and running various events up until 10th Anniversary on 20th March 2020 – 10 years to the day our lives changed forever.”

Up until the age of seven, George was living like any other healthy child, until one morning in 2010 when mum Nicky and dad Phil found their son lying in bed awake, but unable to move or talk.

Now at 17 year’s old, George’s condition still remains undiagnosed, with no prognosis, nine years on from his first seizure. The family have been supported by Shooting Star Children’s Hospices at their Guildford hospice, Christopher’s, for eight years with services including respite, Hospice at Home, therapies and special experiences for all the family to enjoy and create memories.

“We know that any seizure could take him from us and he is reliant on his medication to manage his condition, not treat it,” says Nicky. “We want to thank an amazing charity who has kept us going in the most difficult of times. Shooting Star Children’s Hospices has provided respite for George and support for all of the family, keeping us calm and as sane as possible throughout the years. So we have decided to run a year of fundraising all in aid of them.”

Thinking ahead to the Royal Parks Half Marathon Nicky said, “It’s something I’ve always wanted to do and have been told it’s a really beautiful and motivating run. Running is something I enjoy and it acts as an amazing stress relief for me.”

Since March this year, Nicky and her friend and running partner Julie, have completed the Vitality 10K, Weybridge 10K, London 10K and most recently Run Disney – a weekend of runs covering 36km through the parks of Disneyland, Paris. Unfortunately Julie won’t be able to join Nicky for London’s leafiest half marathon after hurting her ankle at Run Disney. “This will be the hardest one, as I’m doing it on my own. However my mum will be coming up and joining the ‘Team Shooting Star’ cheer point to cheer me along!” explains Nicky.

And next year they will be facing the big one – the London Marathon 2020. “It seems very timely as it’ll be exactly 10 years since I did the last London Marathon, which was around the time George started to become ill, so it will mean a lot to me to have that as my final challenge of our fantastic fundraising year,” said Nicky.

To support all the running, the family, along with friends, have been holding special events including a recent quiz night which raised £2,500 alone – taking their total to over £8,000 raised so far. “We have our Car Treasure Hunt this weekend and our Weybridge Quiz Night in November, before I’m back out training in the cold for the marathon – so it’s going to be a busy time.”

“Our campaign is about putting Shooting Star Children’s Hospices at the forefront of people’s minds and ensuring they get the funding they desperately need,” says Nicky. “Whatever the future holds for us, dealing with the impact of George’s condition is made bearable because of Shooting Star Children’s Hospices and we simply couldn’t function without them. They are the greatest support network to anyone in our position.”

Find out more about George’s Dragons events and George’s story at www.georgesdragons.org