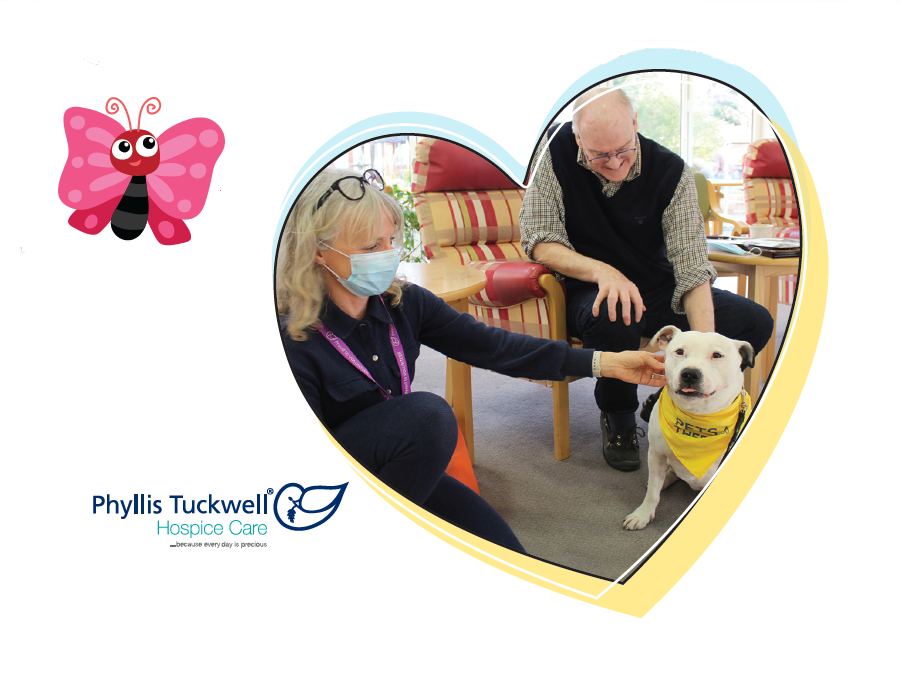 Nigel is supported by Phyllis Tuckwell’s Living Well services. Under the care of Living Well sister, Rachel, Nigel was invited to take part in a Living Well with Illness programme, which is an eight-week course which runs at both the Hospice and Beacon Centre. Patients are invited to weekly sessions which cover a range of topics, from managing anxiety and fatigue, to keeping mobile and sleeping well. They can receive tips on subjects such as diet, exercise and mood, and meet staff, volunteers and other patients, which provides an important and much-appreciated social aspect, especially for those who felt isolated during lockdown.

“I love going up there, it’s an oasis,” smiled Nigel. “It’s not just the activities, it’s the place itself. It’s wonderful – a warm safe place with wonderful people. When you’re first referred, you hear the word ‘hospice’ and you think ‘you go there to die’, but actually it’s all about living. It’s not just end of life. It’s about enabling people as much as possible to get the most out of the abilities they’ve got and preserving their independence, and it’s about putting people in touch with any organisation that they might need or benefit from.”

“The Living Well sessions are a really important part of my week, something I definitely look forward to. Some of the sessions have resonated with me more than others, but they are all useful. They’re on different subjects each week and they’ve covered quite a lot. I remember the Living Well with Fatigue session – that was really helpful. I’ve got advanced cancer, but you wouldn’t know it to look at me; I don’t look ill. So when I get tired, I feel I shouldn’t be tired. Going to the session on fatigue, it was almost like it gave me permission to be tired. We were given tips on how to pace yourself and preserve energy. I get pretty worn out after each of the sessions. It’s not just the physical aspect of it, it’s the engaging with other people too. It’s fantastic and energising, but it’s tiring.

“I used to be a landscape gardener. I was self-employed. But the cancer has affected my right arm and I’ve lost the ability to work; You can’t see it to look at me though. Some of the others at the sessions there didn’t look ill either, and that in a way helped me, because I think I’ve only got a bit of cancer, but I know it’s more than that; it’s serious and it’s not going to go away.”

In addition to our Living Well with Illness programme, we also offer an eight-week Creative programme, which Nigel was asked if he would like to join. The programme includes sessions on culinary therapy, clay modelling, reminiscence, and using essential oils to make soothing lotions.

“Once you’re under their wing, it’s fantastic. You’re looked out for, they keep tabs on you and make sure you’re ok. It’s about physical and mental wellbeing. I feel connected; I know there is somewhere I can go for advice. If I wanted to speak to Rachel, I could ring her up; if I said I was desperate to speak to a doctor they would sort that out. The whole Living Well team is fantastic – the nurses, volunteers, receptionists, everyone. It’s all about setting realistic goals; being realistic about what you can and can’t do. The cancer doesn’t have to stop you, there are ways of planning so you can still do what you want to, things that you might otherwise have thought were beyond your scope now. You might have to limit your ambitions a bit, but you can still get the benefit of doing the things you love.”