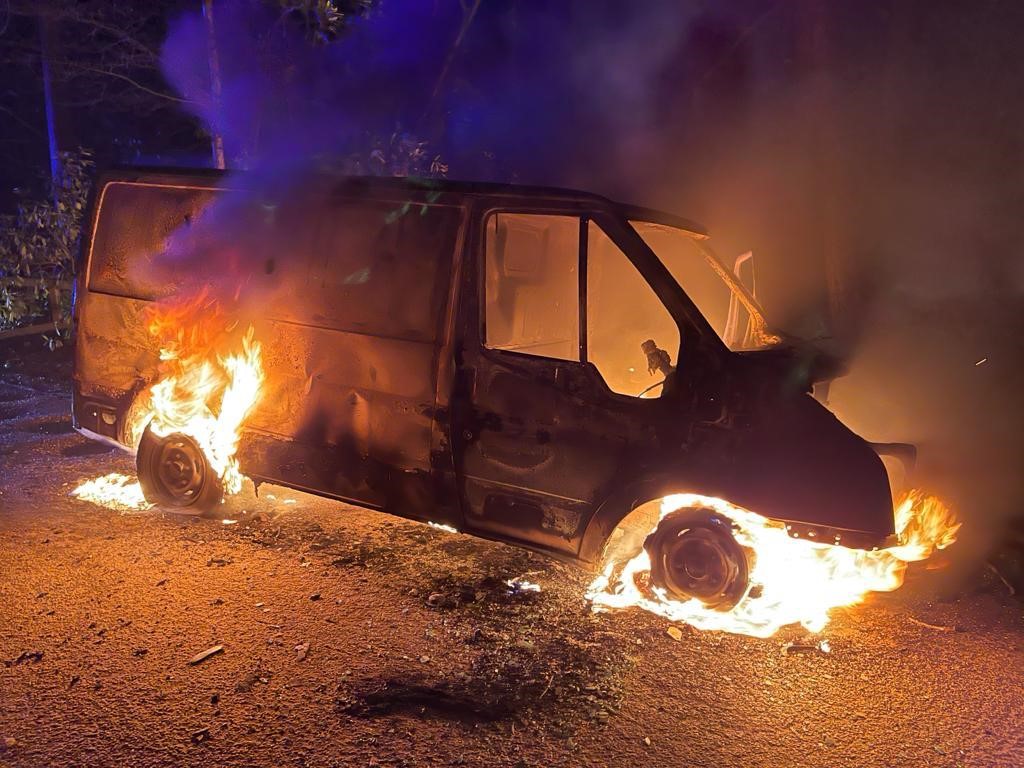 A Ford transit van was stolen from the retail premises of local charity Phyllis Tuckwell Hospice Care, on Dogflud Way in Farnham, at just after 10pm on Saturday 6th February. It was driven from Farnham to Fleet, where it was found on fire by the Fire Brigade, at 2.20am on Sunday morning.

The large white van was branded with the Phyllis Tuckwell logo, as well as the charity’s distinctive orange and purple Bag It & Give (BIAG) imagery. It was used by the charity’s staff and volunteers to collect donated items to be sold in its shops, and also to move stock around between those shops. The money raised by the sale of these items helps fund the care which Phyllis Tuckwell provides for local patients and families who are living with an advanced or terminal illness, such as cancer.

“It’s hard enough to manage at the moment, as a charity, with the difficulties the pandemic has caused,” said Barry Young, Retail Operations Manager at Phyllis Tuckwell. “We have insurance, but it will cause real problems for our staff and volunteers to sort this out and get a new, branded van ready in time for when we are able to re-open our shops.”

“Despite this senseless act of theft and vandalism, we are always amazed at the generosity and support that most of the local community shows towards our charity,” Barry continues.

One supporter wrote: “This is such a horrific incident for a local charity, that have helped our family in the past and I’m sure many of us in the local area”, while another said: “they looked after my late father in his final days, and for someone to steal and then set fire to their much needed vehicle is awful.”

Since the van was stolen, Phyllis Tuckwell has moved its other retail vehicles to the safety of the Hospice car park, but they are taking up valuable parking spaces there, which patients’ visitors and staff would otherwise be able to use.

If you have any information about this theft, please contact the police.