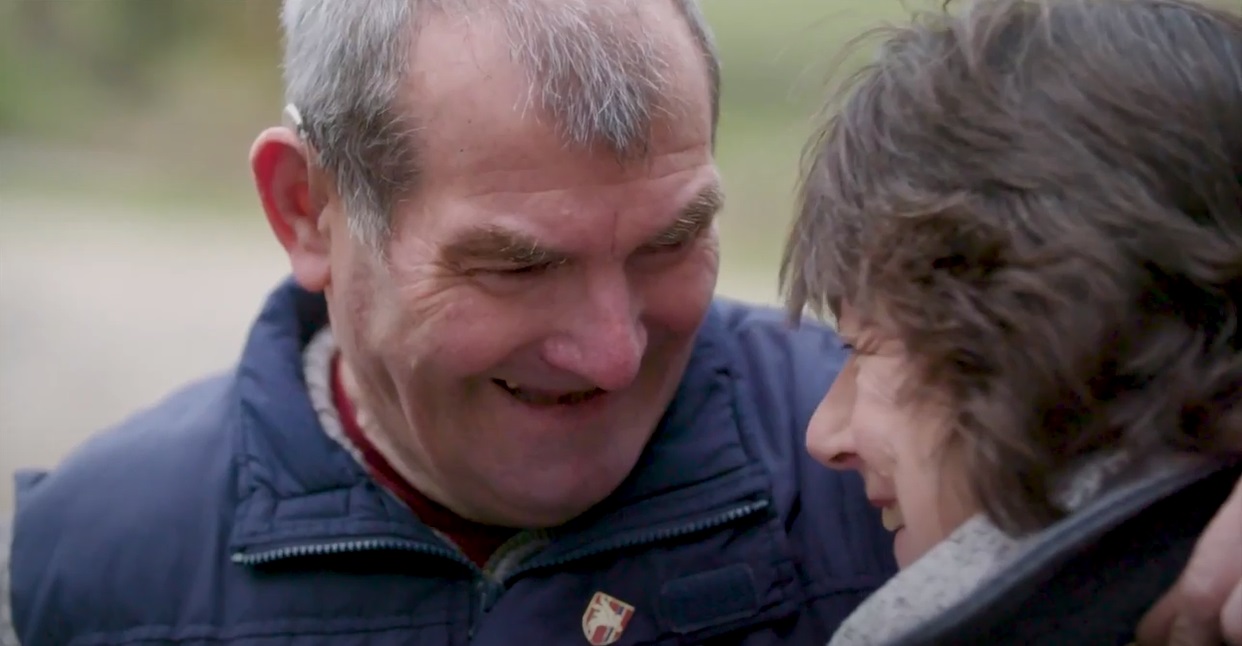 A keen runner, swimmer and cyclist, Roger was used to keeping fit and active. “We would take the grandchildren swimming,” he remembers, “and go cycling on Sunday mornings.”

Roger had been forced to stop running due to arthritis in his knees. An operation had been scheduled, but by the time it came round Roger was too ill with other conditions to undergo surgery.

“It all started in the October,” he remembers. Roger had contracted pneumonia, for which he was given antibiotics. A month later, however, he still felt ill. “I was cold all of the time,” he says. An ECG revealed that his heart wasn’t functioning properly and doctors noticed that he still had breathing difficulties. Postponing the knee operation, they referred Roger to a cardiac specialist. However, before an appointment had come through, his condition started to deteriorate further.

Roger woke Liz up during the night, telling her “I can’t lay down or breathe”. They waited a few minutes, hoping that the feeling would pass, but as Roger’s breathing became more and more laboured, Liz called for an ambulance. Roger was taken to hospital, where he was diagnosed with fluid retention. Scans confirmed heart problems, but further tests also revealed a pelvic bone tumour.

Roger was too ill for chemotherapy, so he was given a course of radiotherapy to combat the tumour. However, during the third session he developed chronic stomach cramps – the radiotherapy had caused complications which had stopped his digestive system from functioning properly.

As Roger’s condition continued to deteriorate, doctors discovered that the right side of his heart was failing and confirmed that a pacemaker would have to be fitted. As he struggled to recover from this operation, his kidneys then failed. He began to lose awareness of where he was and who those around him were. “He tried to escape from Intensive Care,” remembers Liz.

Roger was moved from one hospital to another, and from observation wards to isolation wards, until eventually a consultant in the Palliative Care team suggested he be referred to Phyllis Tuckwell. “I just thought, ‘that’s it, my time’s up’,” says Roger. “We were so scared,” adds Liz. 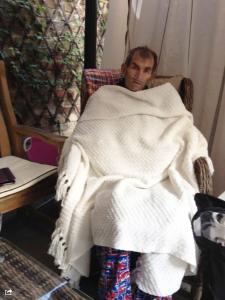 One of Phyllis Tuckwell’s Community Nurse Specialists (CNSs), Dereca Trevail, made an initial visit to Roger and Liz at home, inviting them to come and have a look round the Hospice building.

They were met at the Hospice the following week, where Roger was given an assessment and the couple were shown around. “Everybody was smiling; there wasn’t one miserable face,” Liz remembers.

Roger started attending Day Hospice, but as his treatment progressed, it soon became apparent that he was suffering from more than just physical symptoms. He was withdrawn, shying away from company, eating very little and sleeping for hours at a time. At the Hospice, he excused himself from mealtimes after just a few mouthfuls of food, retreating to a chair where he would read the paper or doze, and at home he spent most of his time in his bedroom. He was unable to talk for more than a few minutes at a time and would struggle for breath during conversation.

Seeing his distress and anxiety, Day Hospice Team Leader Karen McEvoy suggested that Roger meet with Phyllis Tuckwell counsellor Martin Fox. Martin immediately referred Roger for a series of sessions with psychologist Nigel Sage while Karen suggested that he also see hypnotherapist Andrea Haas. “That’s when the turning point came,” Liz smiles. “You just woke up.” “Everything changed,” Roger nods in agreement, “It all seemed to fall into place.”

By the end of his second hypnotherapy session, Roger had slowly started to eat more of a variety of foods again, instead of the few mouthfuls of Weetabix, porridge or mashed potato which had been the only foods he had previously been able to manage. He also started to leave his bedroom to spend time in some of the other rooms in his house – for just a few minutes at first, then slowly for longer and longer.

Since falling ill, Roger had become increasingly dependent on Liz, deferring to her for all decisions. “I’d get asked questions by the doctors, and I’d just say – ‘I don’t know, you’ll have to ask my wife’,” he says. “I’d call her ‘my manager’!”

“His confidence was shot to pieces,” Liz nods. He couldn’t do even little everyday things, like going to the toilet or having a shower.”

However, staff and volunteers at Phyllis Tuckwell have turned that around for the couple, too. Occupational Therapist Liz Faulkner Manning visited Roger at home, to evaluate his need for specialized equipment, while Physiotherapist Sue O’Brien gave him exercises to help him strengthen his muscles, particularly those around his knees, which still cannot be operated on because of his heart problems. These exercises have helped him to regain not only his mobility, but also his independence and confidence. He also has acupuncture to relieve the pain in his legs and knees, and regular massages.

As a consequence, he is now stronger both physically and emotionally. And he is improving all the time. “Two weeks ago I couldn’t have lifted and held a bath towel up,” he confides. “I would have had to have it draped on something so I could dry myself against it. Now I can hold it up myself. I still can’t quite reach to dry my back or feet, but it’ll come.”

Roger has now progressed from being pushed around in a wheelchair to walking on his own, using his wheeled frame for support. He has also now swapped that frame for just one walking stick for short journeys, and remembers with pride the day they arrived at the Hospice and Liz stood with staff, watching him walk from his car to the building’s Dove Lounge with just his stick for support. He did the same over the summer, when the couple travelled down to Hayling Island for a short holiday. As they walked along a path by the beach, Roger looked over at the sand, telling Liz that he would like to walk on it, beside the waves. As Liz went to fetch her camera to capture the happy moment, Roger then continued down onto the sand without her, something which he would have had neither the courage nor the physical ability to do just months before. “His face was an absolute picture,” beams Liz proudly. “His confidence and physical strength have increased so much.”

When asked about her own emotional needs, Liz nods. “The pressure point for me had been seeing him unable to eat,” she says. “I was at my wits’ end, watching him fade away. I felt so distraught, watching the brave man I knew disappear in front of me.” Nigel suggested that Liz come along to Roger’s counselling sessions with him, which she has now started doing. She has also attended a Carer’s Pampering Day, where she had a make-over, haircut and massage, and met hairdresser Jackie Mouat, who now visits her at home, to cut her hair for her there.

Liz and Roger have both attended Wellbeing Workshops at the Hospice, where they have learnt relaxation techniques, and Roger is now able to sit down and make himself relax when he feels anxious about something. As Liz works full-time, carers visit Roger during the day, to help him get out of bed, and get washed and dressed – and plans are in place for a Hospice Home Support volunteer to start visiting him too, to chat with him or take him out for a few hours.

When asked how they feel about Phyllis Tuckwell, both Roger and Liz smile. “It’s one of the happiest places,” says Liz. “Nobody’s down, everybody has a smile, and everybody is so positive. They all have time to talk and to make you feel special. Everyone – without exception – has helped to turn our lives around.”

“I look forward to coming,” says Roger. “Coming here has given us a future.”