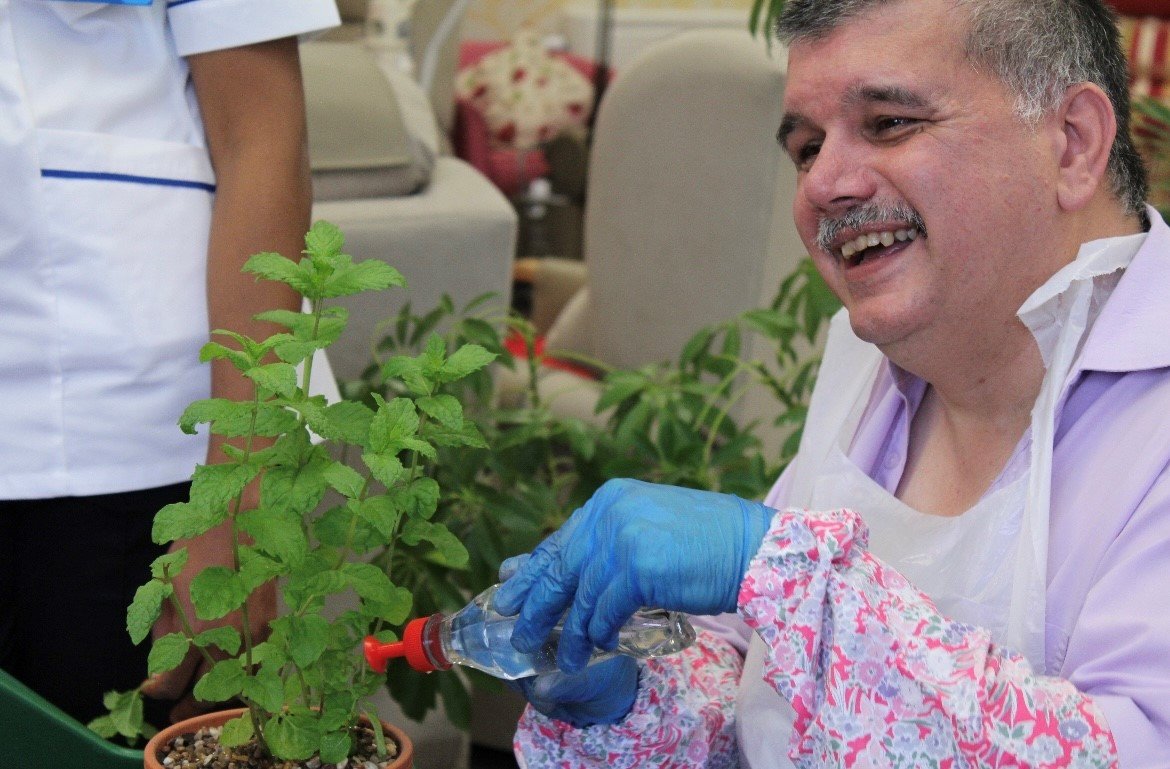 As well as caring for patients, Phyllis Tuckwell also support their relatives and carers, because they understand that living with an advanced or terminal illness affects the whole family.

A story from Phyllis Tuckwell:

When her husband Rob was referred to our services, Rosemary found great comfort in the care that we also offered to her and their children.

“The counselling was wonderful,” said Rosemary. “I had fantastic Counsellors. They came out to me once a week to see how I was coping.”

Rob used to come to our Living Well sessions at the Hospice. A keen artist, he also came along to our art therapy sessions. While he was there, Rosemary was able to have some time to herself, knowing that he was safe and being cared for.

“Phyllis Tuckwell’s volunteer drivers took Rob to the Hospice, and he got such a lot out of it,” said Rosemary. “It was extremely important to him as he was doing something he enjoyed, and while he was there I got respite time, which was important to me. It’s a marvellous place.”

Throughout the time that Rob was cared for by Phyllis Tuckwell, both he and Rosemary were involved in discussing the services that were available to them.

“Everybody came to us – the Doctor from Phyllis Tuckwell, Rob’s GP and his carers too, to discuss what services we could be offered. They asked how I felt, as well as how Rob felt.”

Rob spent his last days on our IPU. “He was in a room with doors to the garden, so you could go straight outside. There was a sofa bed in his room too, so we could stay with him overnight if we wanted to. It was so lovely and comforting, not just for him but for all of us. They supported our sons too. Anthony found it hard to go into the room with his dad in it, and they understood that. It’s such a valuable service that they give. Rob died on 14th February, St Valentine’s Day. I had to say to him ‘Rob it’s time to go’, because he wouldn’t let go, he wanted to be there for me. It’s not easy to put on a brave front, but it’s so helpful when you’ve got people around you. Phyllis Tuckwell doesn’t just deal with patients but with the whole family; they helped me as well as Rob.”