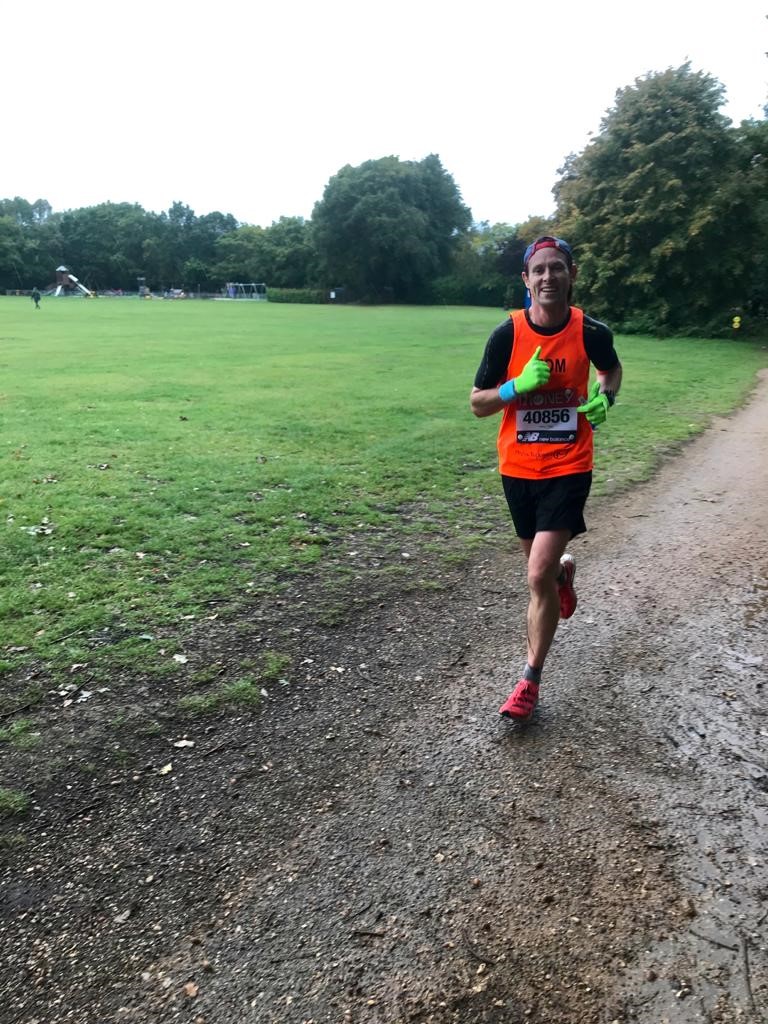 Sunday 4th October saw thousands of runners take on the 26.2 miles of the London marathon, on their own turf! Because of coronavirus, this year’s London marathon went virtual, with those who had signed up for the big event being able to plot a route a bit nearer to home, running their own marathon where they live. Taking in local sights and tracking their distance themselves, they were still able to complete the run and raise vital money for their chosen charities.

Nine runners took part in aid of Phyllis Tuckwell, all running a route near where they lived – including one supporter who ran his route where he lives in the Philippines! All raised money to help fund the vital supportive and end of life care which the charity provides for patients and families who are living with an advanced or terminal illness, such as cancer, in West Surrey and North East Hampshire.

“The virtual marathon was still an amazing experience, even though we missed the crowds and usual London route,” said Jamie Brewer, who took part in aid of Phyllis Tuckwell. “I did receive the kindness of strangers from one lady who stopped to offer water and a packet of mentos, which I thought was wonderful. I also had lots of congratulations and hoots from passing cars.”

Tom Clayton also completed the 26.2 miles in aid of Phyllis Tuckwell. “I got round ok but the weather was crazy!” he said. “Along the Basingstoke canal it was relatively sheltered from the wind, but there were many places where the path was just a big puddle, so I had wet feet right from the start! I managed to take 20 minutes off my previous best marathon time though, so I’m delighted with that!”

“We would like to say a huge thank you to our nine participants – Jamie Brewer, Tom Clayton, Rachel Richardson, Jo McGoldrick, James Coulsey, German Camigla, Vicki Williams, and our very own Director of Income Generation Peter Foxton and his wife Caroline – for taking on this epic challenge despite the cold and rain!” said Fiona Chapman, Events Fundraiser at Phyllis Tuckwell. “Because of the pandemic, we have had to cancel many of our fundraising events this year, so we were really pleased that the London marathon was able to go virtual and our supporters could still take part.”

The runners were able to complete their 26.2 miles anytime in the 24 hours of Sunday 4th October, from 12am in the morning to 12am that night. They could walk, jog or run the course, and were able to choose their own route.