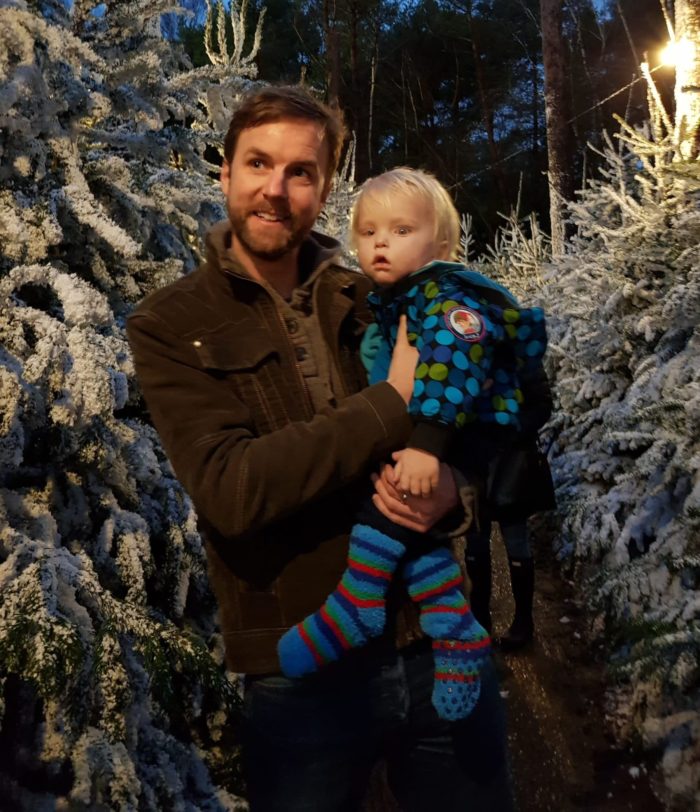 Axel was just 9 months old when he was diagnosed with a brain tumour.

A week later his parents Elin and Will were told he had tumours all over his brain and spine, and a less than 10% chance of survival.

The next year and a half were spent in and out of hospitals as Axel underwent a range of treatments. His parents also tried to make as many happy memories as possible with Axel and his older sister Martha. But eventually, there was nothing left that doctors could do. In the week leading up to Christmas, Elin and Will made the difficult decision to stop Axel’s treatment.

Elin and Will said, “Shooting Star Children’s Hospices gave us a cold blanket so that when the time came to say goodbye, we could do it in our own time. Having a cold blanket meant that when Axel died he wasn’t ripped away from us. We could sit with him, hold his hand, stroke his hair and talk to him. We could carry him out of our house, four days later, when it felt right to us. It also meant that Martha, Axel’s sister, could have a Christmas and we could be with both our children.”

“Christmas will never be the same again. Even the lead-up to Christmas, the whole of December, is hard. But Shooting Star Children’s Hospices have continued to be there for us with counselling and bereaved family days.

“Nothing about what we’ve been through is lucky, but we are extremely grateful that Shooting Star Children’s Hospices was there for us when we needed them.”

“We had just three Christmases with our incredible little boy. Our last Christmas was a Christmas unlike anything you could ever imagine, but Axel was at home with us and that meant everything. It might not be for everyone to be at home in our situation, but we believe every family should have that choice.”

With your support, Shooting Star Children’s Hospices can help more families have one last Christmas together.