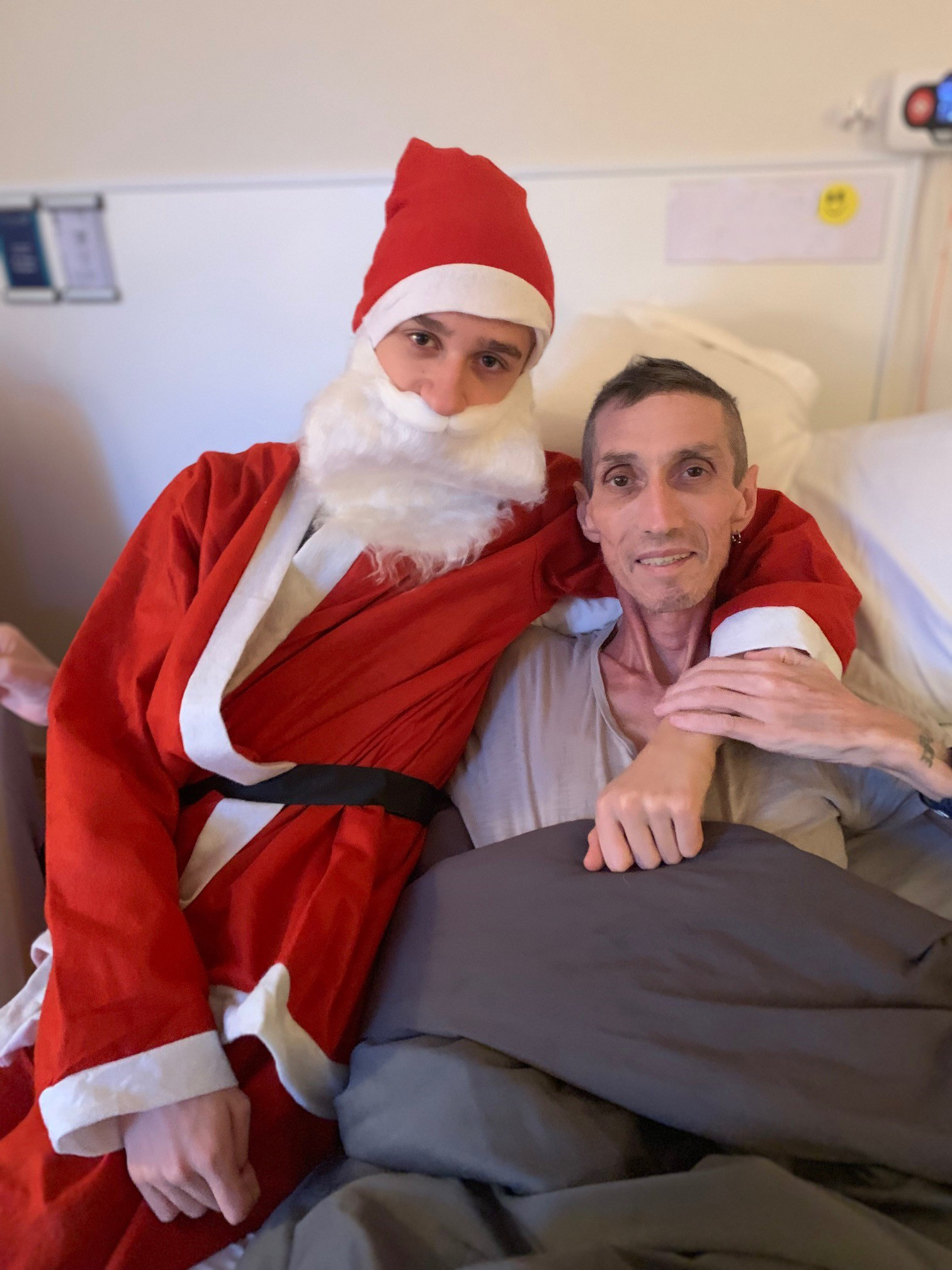 Christmas is the season for families, when everyone comes together to share presents, meals and special times. But if you’re living with an advanced or terminal illness, Christmas can be difficult. You may be feeling very ill, or juggling the responsibility of being a carer with other family or work commitments, and struggling with knowing that this Christmas may be the last one you will spend with your loved one.

Every year, Phyllis Tuckwell cares for around 2,000 patients who are living with an advanced or terminal illness, offering medical and nursing care, therapies, counselling, social work advice and practical support. And every year, many people spend the Christmas season in the care of its staff, whether at its Living Well sessions, at home being cared for by its Care at Home team, or on its In-Patient Unit at the Hospice in Farnham.

Last year, Jo’s husband Rick was one of those people. Rick was admitted to the Hospice a few weeks before Christmas, aged just 48, and died on 22nd December. The staff there did everything they could to make it a special time for him, his wife Jo and their children Jade and Jack. Rick was given a family room which was large enough to accommodate a spare bed for Jo and a sofabed for the children, so they could all stay over as often as they liked. Rick’s sisters and parents often stayed over too, in the Hospice’s relatives’ room, so that the whole family could spend as much time together as possible during Rick’s last days.

“When Rick was admitted to the Hospice, I felt relieved,” says Jo. “I had been caring for him full time, which is a big responsibility, and as he started to struggle I felt that it was all on my shoulders. It was a huge relief to hand that over to the doctors and nurses, and just focus on being his wife again.”

The staff at Phyllis Tuckwell believe that it’s important for families who are living with an advanced or terminal illness to enjoy special time together at Christmas, and do everything they can to make this possible. Their care also continues long after the presents have been opened and the tinsel taken down. They are there for their patients and families 24 hours a day, 365 days a year, and their support continues into bereavement too. But as the NHS/Government only covers 20% of their costs, they have to raise over £20,000 a day to do this.

A membership for just £1 a week could pay for two hours’ care from an In-Patient Unit nurse, who could care for up to five patients.