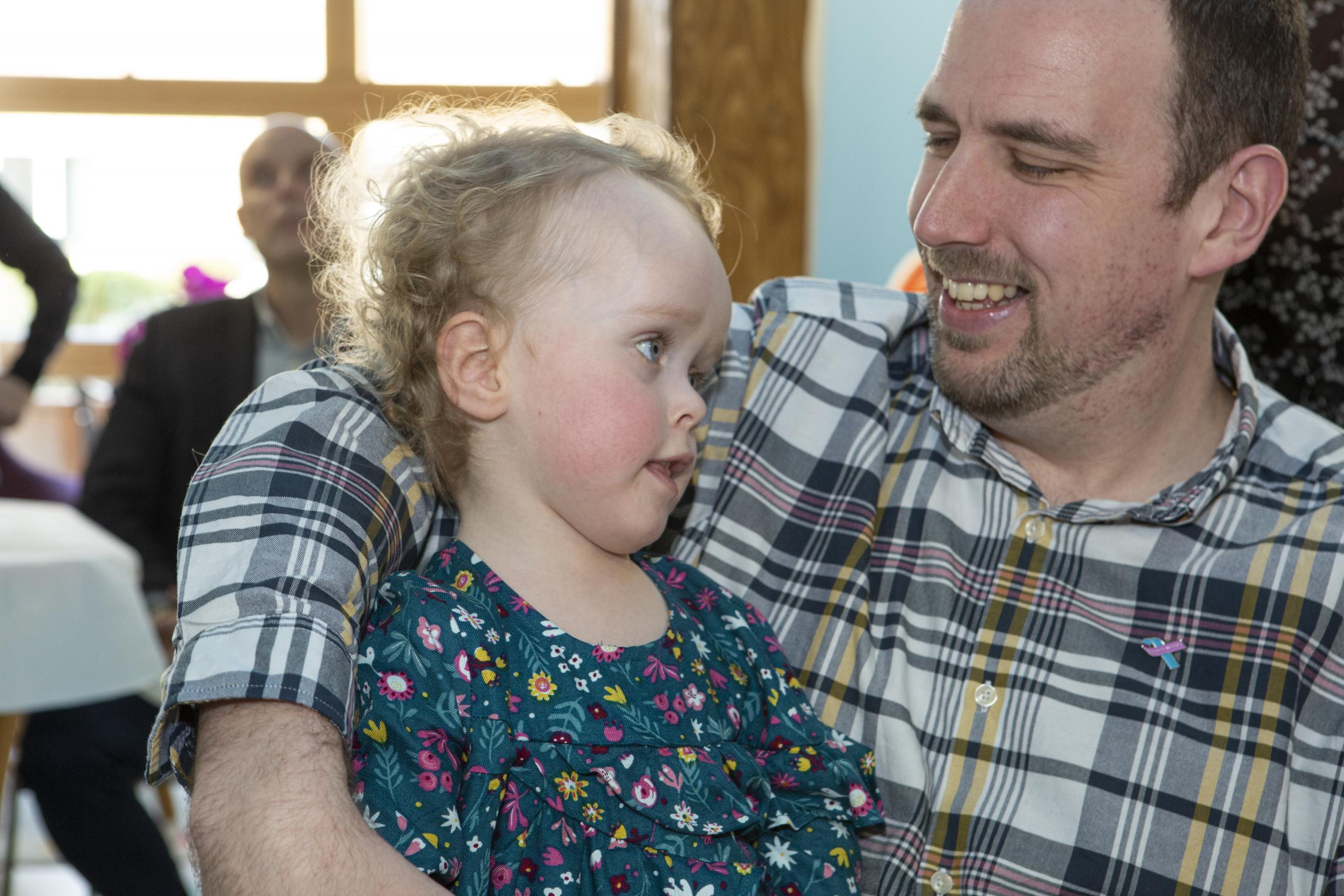 “We would be a very different family had it not been for Shooting Star Children’s Hospices – it’s helped all four of us in so many different ways.”

Following a normal pregnancy and birth, Imogen was welcomed into the world in April 2017, joining mum Kelly, dad Tristan and big sister Brooke. However, when she was just 4 months old, Kelly started to have concerns.

“She wasn’t developing the way I saw Brooke develop. She wasn’t holding her head up; she was very floppy and much needier than any other child I had known,” explains Kelly.

The family took Imogen to the doctor’s and were referred for various tests and assessments, before being called to Evelina London Children’s Hospital. There, Kelly and Tristan were told their daughter had Canavan disease, a rare genetic life-limiting brain condition which meant it was very unlikely Imogen would ever walk, talk, crawl or sit up, and would require 24-hour care for the rest of her life. “It was incredibly surreal, just the weirdest day. I just sat there thinking this can’t be happening,” says Kelly. “I went in with a notebook and pen ready to go and after the first two minutes the pen just went down,” says Tristan.

It was nine months later when the family first heard about Shooting Star Children’s Hospices. “At the time I was much more concerned about Brooke than I was Immy, because she had everyone taking care of her. I kept thinking ‘How’s Brooke going to cope with all of this?’, so when we learnt about the hospice, we thought it would be something that would be really good for all four of us. We met with our keyworker and immediately she was so easy to talk to, it was like I’d known her for years,” says Kelly.

A year after having Imogen, Kelly started seeing a counsellor at Shooting Star House. “Everything was still very raw and I just wasn’t coping,” says Kelly. “The biggest support so far has been being able to talk about it all and figure out how to cope with all those feelings of the unknown, the future; dealing with the idea that I haven’t the child I thought I was going to have, as well as how it affects Brooke. It was my hour to be me and say everything I wanted to without upsetting Tristan, my friends or my family. I learnt very quickly that part of my way of coping is to say it out loud, to get it off my chest – which just lightens the load a bit.”

6-year-old Brooke has also benefitted from time at the hospice. “She came home after one of the siblings’ days and told us she’d met other children who have a brother or sister like Imogen, and I think she felt a little more normal, which is a big thing for her,” explains Kelly. “She’s had to get used to a different kind of relationship with Immy as it’s not a relationship that’s portrayed socially or in the media, so it’s been good for her coming here,” says Tristan. 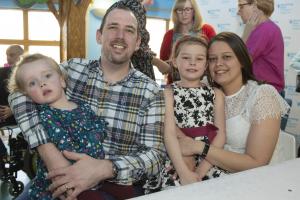 Imogen’s condition means that sound and touch are very important to help her experience the world around her. “Because she’s losing her sight, she loves anything to do with touch and

sounds. When she was younger she loved sitting in between the bubble columns in the sensory room and feeling the vibrations,” says Kelly.

The family also benefit from respite care. “Having respite care has been superb, an absolute lifeline to us,” says Tristan. “Day-to-day you’ve got two very tired parents – physically, emotionally, mentally – you can’t switch off. Not only are we having to give all our time to Imogen, we are trying to give our time to Brooke too. That’s why coming to Shooting Star House is so good, it allows us to give time back to Brooke for being such an amazing big sister and it gives us time to simply chat with each other and recharge before we go again. There is nothing else like Shooting Star Children’s Hospices, for a family like us. It’s superb here; you get everything under one roof.”

Kelly agrees, “I don’t think we’d be coping as well as we are if it hadn’t of been for Shooting Star Children’s Hospices. From a personal point of view, emotionally I think I’d be a wreck. If you don’t know you’ve got that support there it’s an incredibly lonely place to be. We would be a very different family had it not been for Shooting Star Children’s Hospices – it’s helped all four of us in so many different ways.”