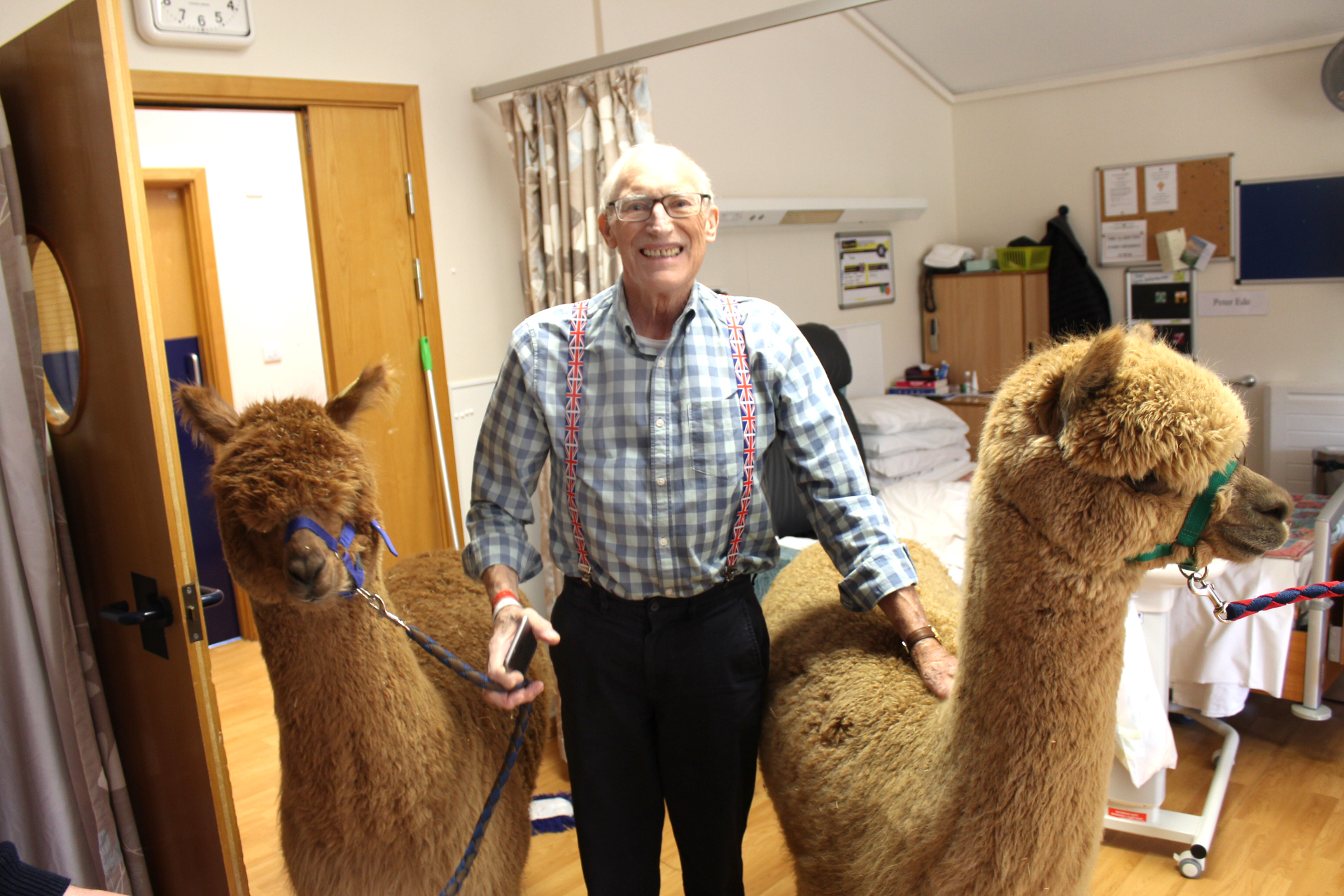 “I went in to Phyllis Tuckwell crawling up the wall with pain, and I walked out pain-free for the first time in 15 years.”

“I’ve had cancer for 19 years and I’ve been in excruciating pain for most of that time,” says Peter. “The pain has worsened over the years and I got to the point where I was taking 32 pills a day! Some were for the cancer, some for pain control and some to counter the effects of the other pills. In the end my GP referred me to Phyllis Tuckwell, to see if they could help. I didn’t really understand what they were going to do for me, I just knew it was for pain control. I had no idea what to expect.”

Diana, one of our Clinical Nurse Specialists (CNSs), visited Peter at home to assess his condition. She adjusted some of his pain control medication and started visiting him every few months. She also suggested that he start attending one of our Physiotherapy exercise groups. “The session lasts an hour,” says Peter, “and afterwards we have tea and biscuits, and a chat. We all have an advanced or terminal illness and we talk about things as equals, just talking to each other. We’re friends, we’ve swapped email addresses, we go out to lunch together. We’ve formed a bond with each other simply because we come to Phyllis Tuckwell. Before I started coming to these sessions, I really thought you came to Phyllis Tuckwell to die. Two of my brothers-in-law have died of cancer in hospices, and that was my view of hospices. But at the sessions I saw more and more of what Phyllis Tuckwell does.”

In order to help control Peter’s pain, Diana also referred him to Cate, one of our doctors.

“I met Cate in her office at the Hospice,” says Peter. “She suggested I come in and stay on the In-Patient Unit, so that the doctors there could analyse my medication and adjust it. I came into the ward in excruciating pain and walked out two weeks later pain-free. Over four days they reduced my drugs and substituted them with others, changing them and reducing the number I was taking. At the end of four days they were then able to calculate my new drug dosage. My pain is now zero – it’s under control. It’s gone, it doesn’t exist. When they ask, ‘what’s your pain level?’, it’s nothing. But without the drugs, it would probably be about six million!” smiles Peter.

While Peter was on our In-Patient Unit (IPU) he received a surprise visit when a local alpaca owner bought two of his alpacas to the Hospice. Many patients find comfort in stroking and petting animals, and over the years we have had visits from many different animals including cats, dogs, birds, goats, donkeys and guinea pigs. The alpacas visited patients on our IPU before heading to Day Hospice, where they were petted by patients at our Living Well sessions.

“The Alpaca Therapy was without doubt a major contributing factor in the successful outcome of my treatment!” laughs Peter. “They were brilliant!”

Peter stayed on our IPU for two weeks, after which he went home. The doctors gave him some drugs to take with him, in case he experienced any breakthrough pain. “Cancer pain is there all the time,” he explains, “but occasionally it peaks and it’s worse than it has been, and that’s breakthrough pain. You need to stop that, or else it stays at that level. Since leaving the IPU, I’ve found that I’ve hardly ever had to use the drugs at all.” Other than the occasional breakthrough pain, which Peter was able to control using these additional drugs, he has been pain-free since leaving the IPU.

As well as receiving care from our CNS and doctors, our Occupational Therapists have also helped Peter. “They’ve been to my house and arranged for a second handrail to be fitted, and grab rails to be put in the bathroom. I’ve had two back operations, and during those times I couldn’t get into the bath, so they lent me some equipment to help me get in and out of the bath. Now I can do it on my own, because I’m so much better.”

“Phyllis Tuckwell has changed my life,” says Peter. “I know I am not cured, but they’ve helped me to live a normal life. People say I look and act totally different from how I was before I went into the IPU. The pain was unbelievable, but I feel so much better now. Phyllis Tuckwell’s doctors have been brilliant, absolutely brilliant. Everybody I have met at Phyllis Tuckwell has been superb. They’re professional, they have a sense of humour and they’re fun! Everything they do is right. They think outside the box – particularly the doctors. The doctors know about pain, and they know about how to stop pain. They understand how to control it. I went in to Phyllis Tuckwell crawling up the wall with pain, and I walked out pain-free for the first time in 15 years.”