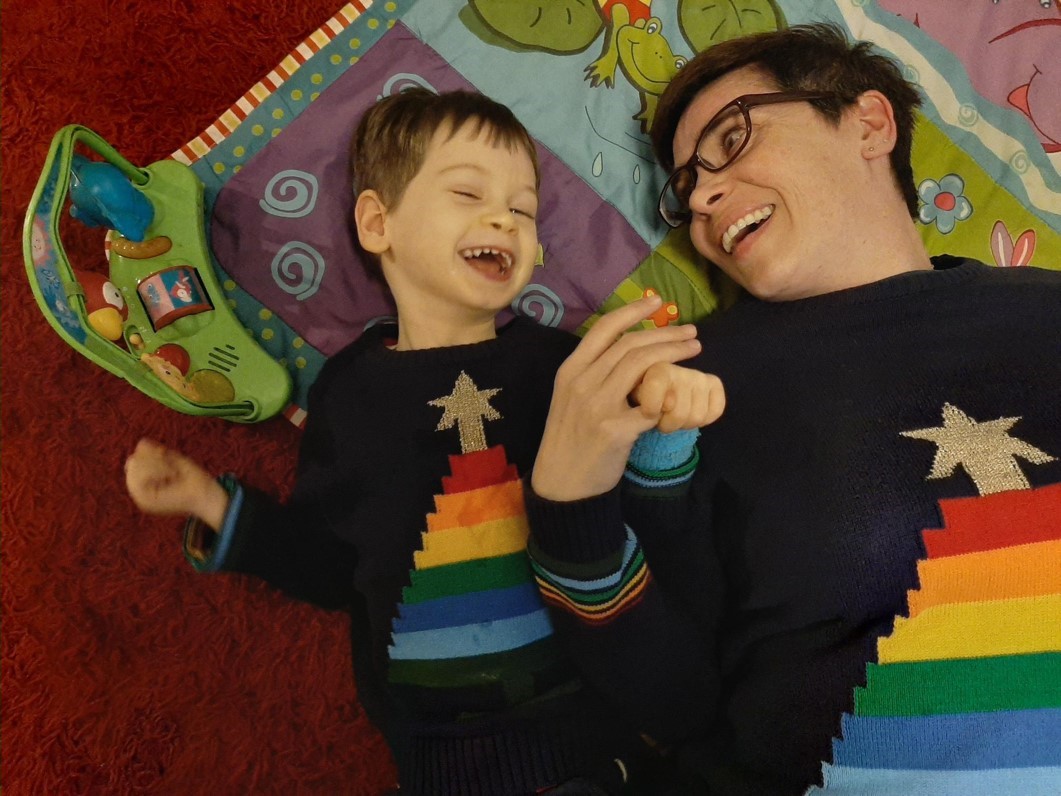 In March 2017 Oliver’s parents, Peter and Pippa received a diagnosis about their son that would change their lives.

Mum Pippa explains, “We began to notice when he was a baby that he wasn’t grabbing at things, he wasn’t sitting, and being in an NCT group I noticed all of the other babies were doing things that Oliver wasn’t, so we went to our GP to express our concerns.”

Oliver was 15 months old when his parents received his diagnosis. Dad Peter said, “Everyone, including ourselves, had thought he had cerebral palsy, but we were taken aback to hear the condition he has.” Oliver was diagnosed with lissencephaly, a rare genetic brain condition, which literally translates as ‘smooth brain.’

Peter explains, “The reason they thought it was cerebral palsy is because there are quite a lot of similarities in terms of presentation – the delayed development, epilepsy and more. But obviously this is a whole different thing – 10 in a million. As far as we’re aware he’s got a developmental age of six months to a year and that’s where he’ll stay.

“He’ll be six this year, and he’s unable to sit or stand on his own and can’t really entertain himself to any degree. It’s very difficult to feed him, and as he could have a seizure at any time, you can never leave him. It’s constant care and having someone with him at all times,” says Peter.

Following Oliver’s diagnosis, Peter and Pippa were told about Shooting Star Children’s Hospices. Pippa says, “It was a very bad time obviously, we went into a very negative space, but things have progressed since then and looking back on it, it was just what it was.

“At the time we met with one of the care team at Shooting Star Children’s Hospices, who was really lovely, and it wasn’t a negative thing at all, it was all so positive. She took us around the hospice and explained respite and it was so nice to know that quite imminently there were people around that could help. It was a very positive experience,” says Pippa.   “Yes, she made it clear hospices are more than just a place children or adults go to live their last days,” says Peter.

Oliver began going to Shooting Star Children’s Hospices when he was 18 months old and since then the family have benefitted from many of the services the charity provides.

Peter says, “I’ve used the complimentary therapy service to go have a massage to try and help my aching back and we have gone on lots of the day trip events like ice skating at Christmas with other families. However, it’s the respite support that is main thing for us.

“Without Shooting Star Children’s Hospices we wouldn’t really have anyone who could look after him. Oliver’s epilepsy is multifocal, meaning he doesn’t present the same way each time he has a seizure. So that is a lot of responsibility to ask of someone.”

“The hospice has all the provisions – the pool, the garden, special swings he can go on – it’s not just a room. I’m his full-time carer, which I feel isn’t as usual for a dad to be so it’s quite isolating because essentially you never see friends, meet people – it’s a full-time job. You know it’s hard work – every parent would say, disabled or otherwise, looking after your children at times, so when you don’t have the option for any sort of care, anything to look forward to or break that up, it’s very hard. Having Shooting Star Children’s Hospices is such a help in that sense,” says Peter.

“It’s just the assurance in knowing Oliver is being properly looked after by people who are medically trained and really care, and there is lots for him to do. They get to know him better the more he goes, knowing what he does and doesn’t like, and I think from my point of view it’s the feeling of him being safe and cared for whilst we get the respite at the same time,” says Pippa.