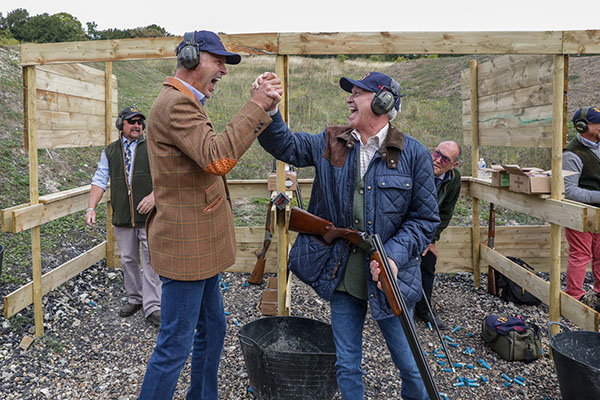 Phillip Schofield, who has been a Patron for over 15 years, hosted the event with his wife Stephanie, and together they welcomed over 100 guests to the Royal Berkshire Shooting School, one of the UK’s premier shooting schools.

After having a blast at the morning shooting session, guests were treated to a three-course meal, before battling against each other for suction lots to raise money for the two charities. Auction highlights included an exclusive This Morning visit with time on the autocue with Holly and Phillip, commissioned artwork, Virgin Limited Edition holidays and unique Dragon’s Den experience.

Speaking to guests during the lunch, Phillip Schofield said; “The figures raised have been astonishing today and we’re absolutely thrilled. We spread out the plans for the first hospice on our kitchen table and it grew and grew and became what it is now. It’s so important to say when you go to the hospices they are the most delightful, happy, positive places and we are so proud every year to be involved and be able to do this for Shooting Star Chase because I know how tough times are, and to do what they do, to the level and quality they do is expensive, so I hope today goes just a little bit further in making life just that bit easier.”