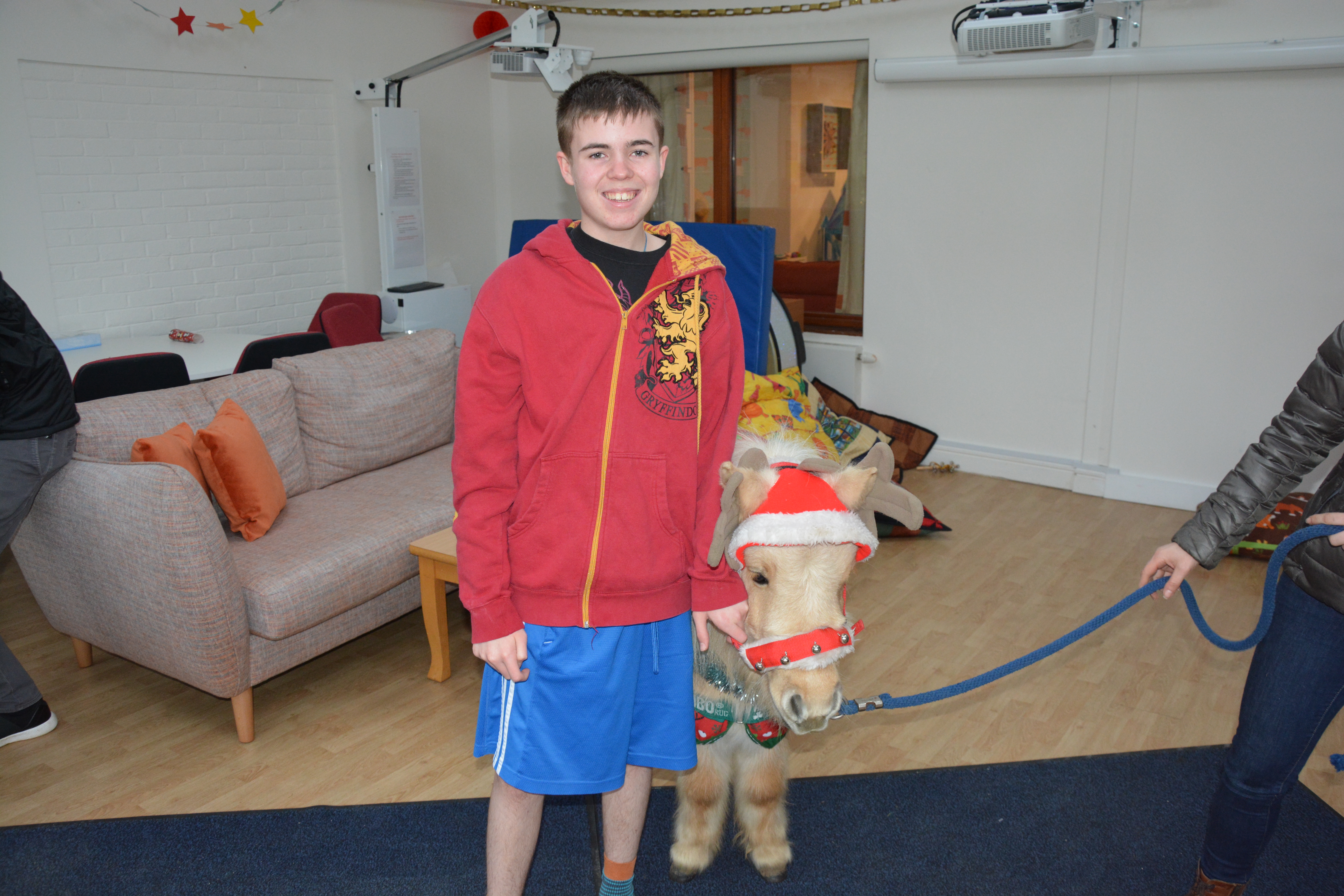 Up until the age of seven, George was living like any other healthy child, until one morning in 2010 when mum Nicky and dad Phil found their son lying in bed awake, but unable to move or talk.

Terrified, they called an ambulance and George was rushed to hospital. After a series of tests and scans, and with George now regaining speech and movement, the doctors told Phil and Nicky it was probably a severe migraine.

Sadly, George’s episode wasn’t a one off – it marked the start of a serious but undiagnosed condition: “Just six weeks later, George was playing in the garden and suddenly couldn’t talk again,” says Nicky.

“From then on, he continued to have regular seizures where he’d go blank, and they gradually got worse over the next year. It wasn’t long before George suffered his first tonic clonic seizure where he falls down and his whole body starts jerking. It was frightening. He was in hospital for a week after that and tests showed he’d had 32 seizures over a 24 hour period.”

To make matters worse, George’s seizures had a significant impact on his development. “George seemed to be deteriorating cognitively,” says Phil. “He went from being really bright to struggling to learn and progress at school. We had an MRI and the results showed George has hippocampal sclerosis on the left side – which means the seizures had irreversibly damaged parts of his brain.

As George’s condition worsened, the family’s community nurse suggested they get support from Shooting Star Children’s Hospices, but Nicky and Phil had reservations. “We actually ignored the letter until a key worker from Shooting Star Children’s Hospices called and arranged a visit. We didn’t think we needed help from somewhere like a hospice,” says Nicky.

“But we went to Christopher’s in Guildford and both George and his younger sister, Mia, loved everything about it – the swimming pool, the garden, the sensory room. They were in their element!”

But for Nicky, it wasn’t until George had his first two-night stay at the hospice that she changed her mind about Shooting Star Children’s Hospices. “As well as his epilepsy, George has autism and high anxiety so the slightest bit of change is unnerving for him. So, for George’s first short break, Phil slept in the family flats at the hospice while I stayed at home with Mia. But George was so comfortable and at-ease at Christopher’s that he immediately felt at home and Phil felt able to leave after one night. Then I realised we needed the hospice more than we knew.”

George is now 17 years old and the family have been supported by Shooting Star Children’s Hospices for eight years with services including short breaks, Hospice at Home, therapies and special experiences for all the family to enjoy and create memories.

“Christmas is a wonderful time for many but unfortunately illness and special needs do not go away in the holidays. The excitement can, and does, worsen George’s epilepsy and ASD,” explains Nicky. “Thankfully Shooting Star Children’s Hospices have supported our family since 2012 and they made what could be a very difficult time of year a much easier time.”

“We have been lucky enough to have experienced some amazing Christmas memories including the annual ice skating trips to Hampton Court, a trip to meet the X Factor judges, a Christmas party at 10 Downing Street, the Christmas parties at the hospice and a meeting with Simon Cowell at Christopher’s last year. We didn’t expect any of this when George was given his place and we feel so so grateful for all these extra memories we have been given.”

As well as these memories, short breaks at the hospice have enabled George to enjoy his Christmases more. “He finds the build-up very difficult and stressful, so we now book him in for a visit as close to Christmas as possible (often leaving Christopher’s on Christmas Eve!) and he comes out much more relaxed and ready to return to the home environment. It also means I can get everything organised so everyone is much happier! 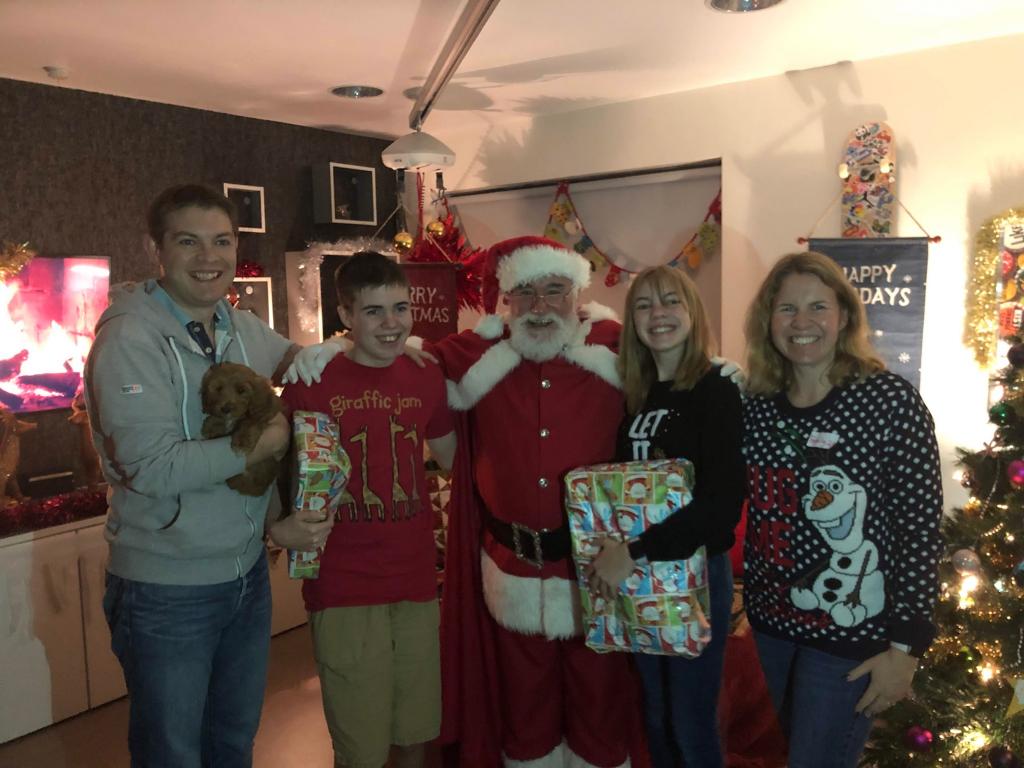 “The atmosphere at Christopher’s on Christmas Eve is incredibly special and magical and we all like to go as a family to pick George up and experience this very happy place. Christopher’s for George is a second home and it is lovely he can spend this time of year there.”

George’s condition still remains undiagnosed, with no prognosis, nine years on from his first seizure. “We know that any seizure could take him from us and he is reliant on his medication to manage his condition, not treat it,” says Nicky. “Whatever the future holds, dealing with the impact of George’s condition is made bearable because of Shooting Star Children’s Hospices and we simply couldn’t function without them. They are the greatest support network to anyone in our position.”