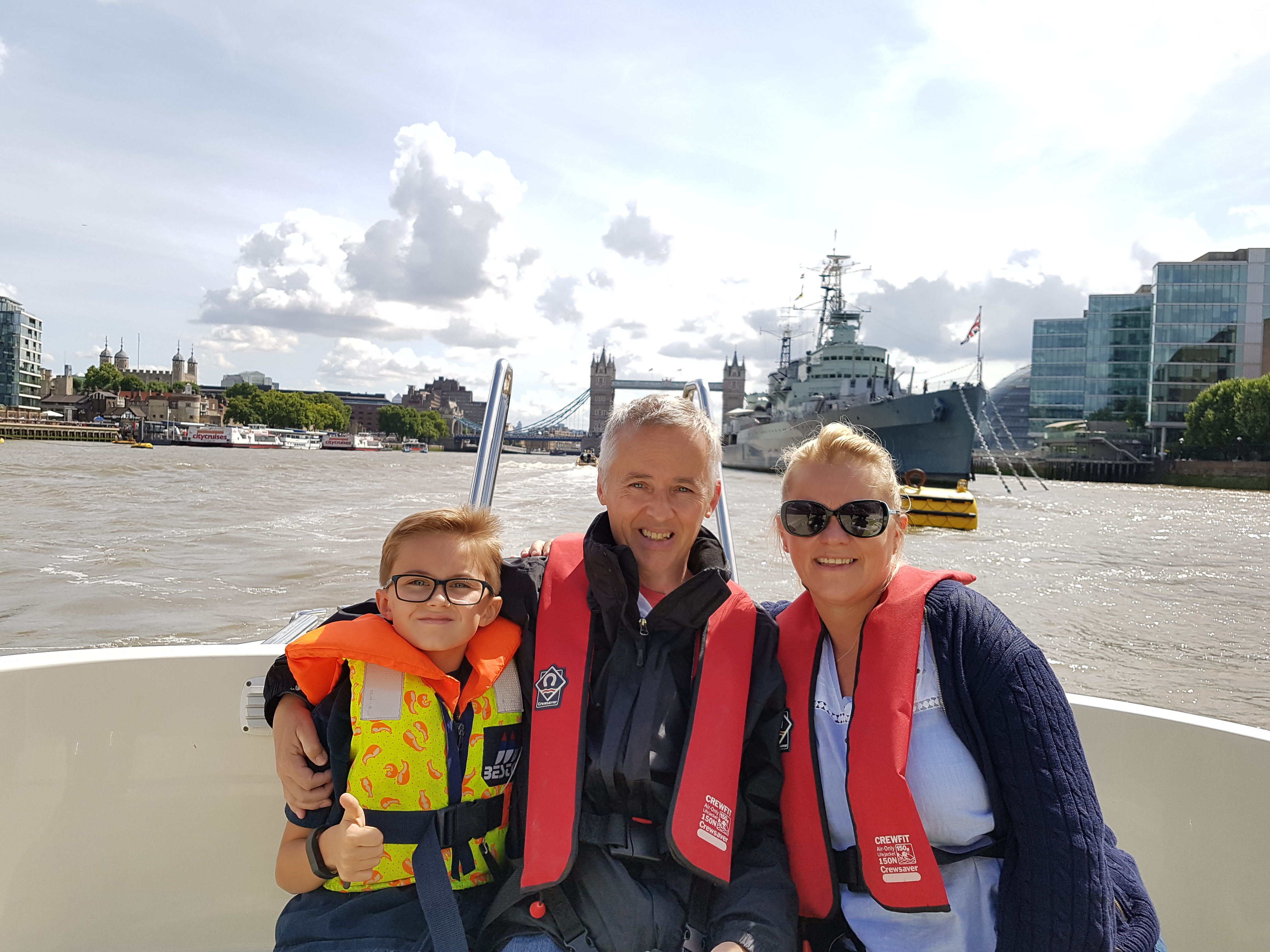 Karen’s husband Scott was 49 when he was diagnosed with pancreatic cancer, and he was admitted to the Hospice on 22nd December.

“I drove Scott here myself,” says Karen. “When I came in, I was flapping, but the receptionists were calm and that helped me to calm down. The nurses came up and helped Scott into a wheelchair.”

“As we walked through the door I felt a sense of relief. I knew they were going to look after him.”

Scott hadn’t been able to eat or drink properly and doctors told Karen that they didn’t think he would make it through the night. “I picked up Charles, our nine year-old son, from school,” she says, “but when we got back, Scott’s condition had improved, and the next day he had completely perked up. I knew then that he was going to make Christmas Day, and that’s when all the Christmas arrangements began and it became the most amazing Christmas that we have ever had.”

Karen had brought all of Charles’ Christmas presents to the Hospice. She decorated Scott’s room with Christmas lights and the nurses helped Charles lay out mince pies and a glass of milk for Father Christmas, and a carrot and some reindeer food too. 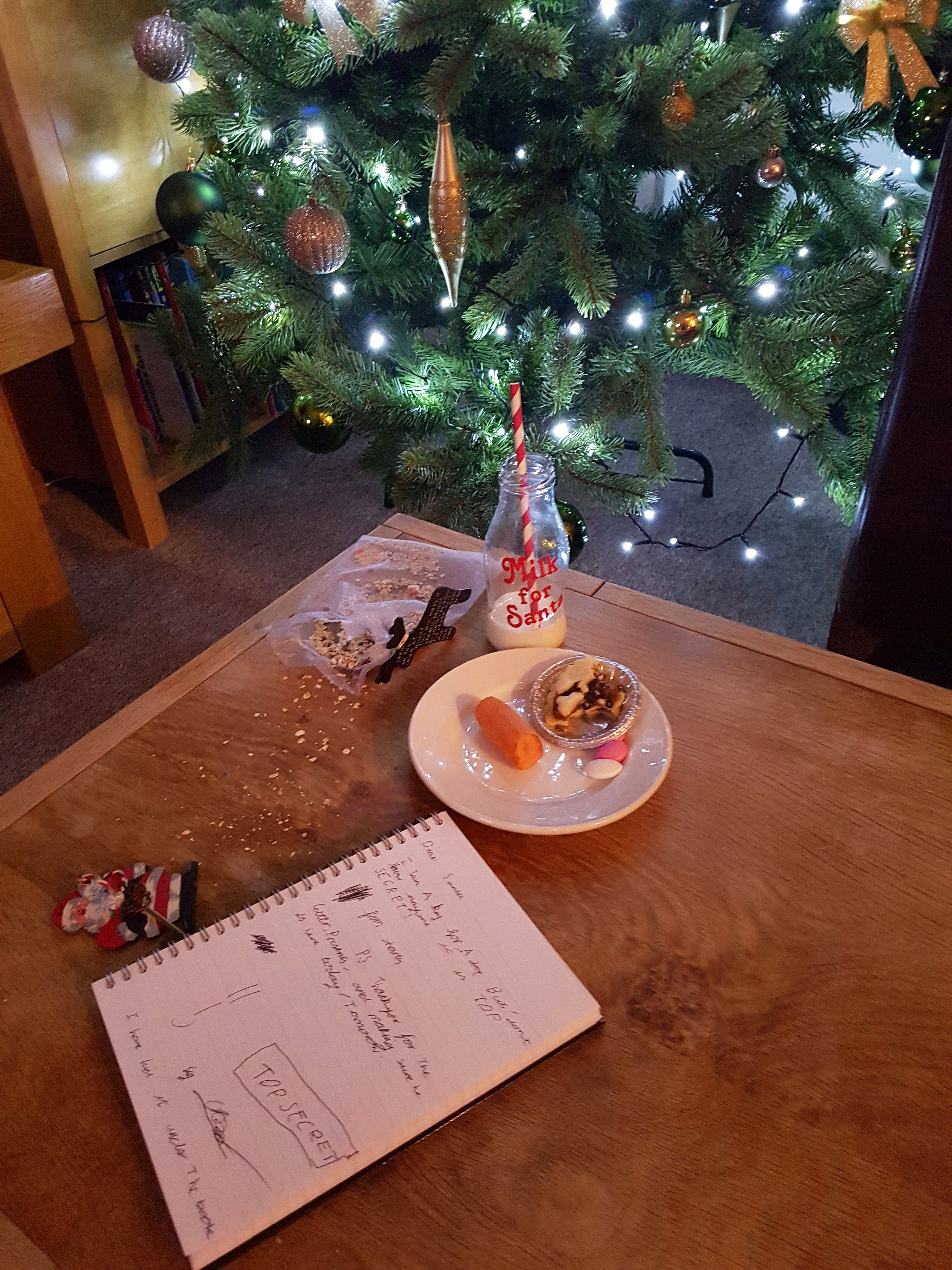 “We woke up at about six o’clock the next morning. We went straight into Scott’s room and Charles just stood there with his mouth wide open – he didn’t know what to say, because he’d assumed that Father Christmas wouldn’t find him here. The mince pie and carrot had been eaten, the reindeer food was all over the floor and the milk was gone too. I turned round and looked at the nurses, and everyone had tears. I looked at Scott and he had the most beaming smile.” 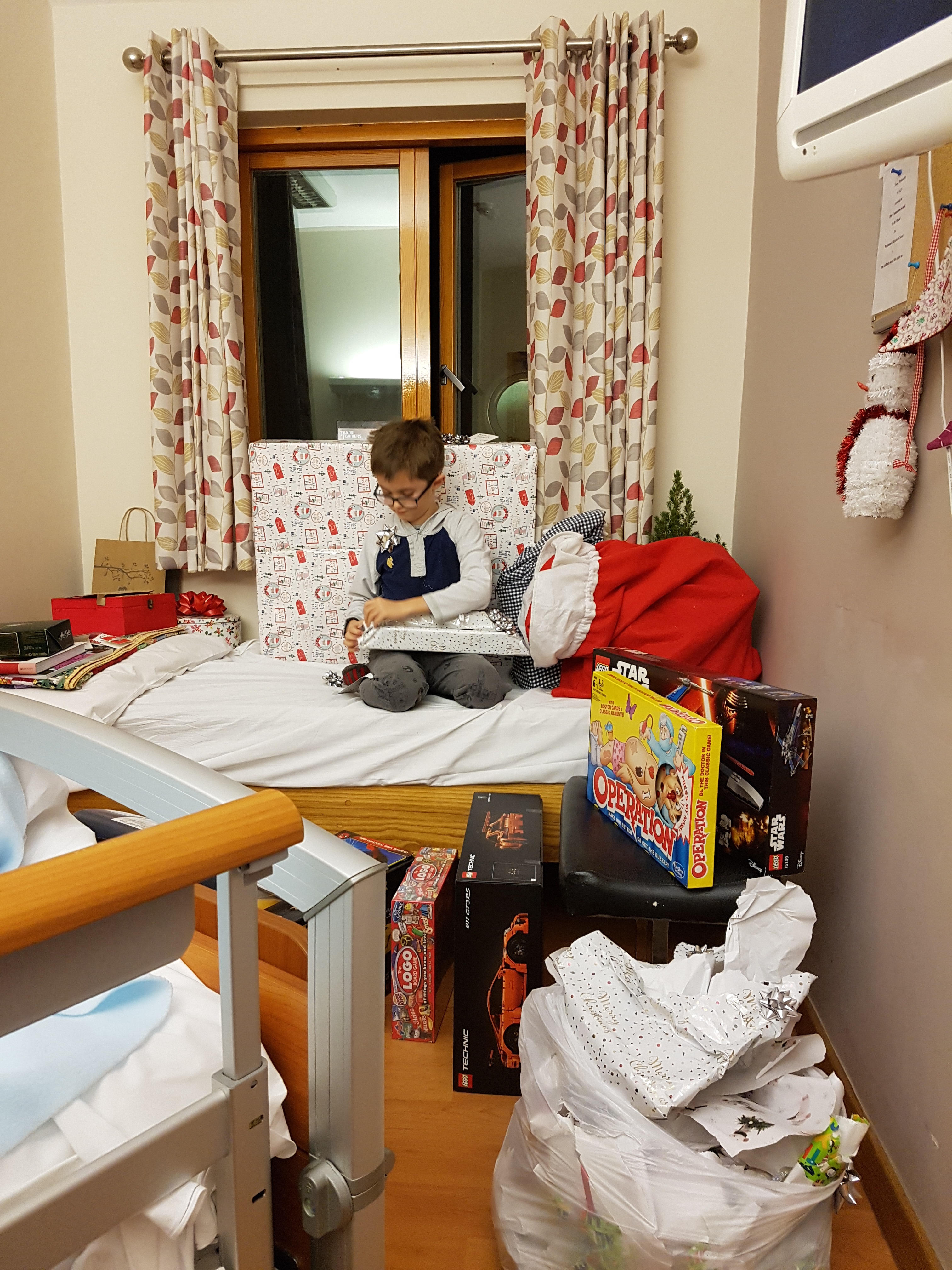 “It was one of those smiles that will stick in my mind forever. He’d made it to Christmas day, and just to see our son open his presents, that’s what he wanted.”

“On 27th December, Scott started to deteriorate. He couldn’t eat and he was sleeping a lot of the time. He got through that day, but the next day I knew he wasn’t right. The nurses told me his breathing had changed; that’s the sign that it’s near the end. He died holding my hand. It was just me and him in the room and that’s how he wanted it. Two last breaths and he was gone. He was very calm and so was I. The nurses had prepared me for it. He died sleeping, which was perfect.”

“Afterwards, I didn’t want to go home. I felt as though the Hospice had protected me. It wasn’t just Scott they looked after, it was all of us. I came here at the most depressing time of my life – and at Christmas – and it was the most special time that I can remember as a family.”

The whole stress of dealing with cancer is taken away from you. So much effort goes into Christmas here – it takes your mind off everything and it gives you a clear head to be that loving wife, that loving mother, on Christmas Day. A hospice isn’t death – it’s help. Charles talks so fondly of it; he doesn’t have any negative memories. The Hospice takes all that negativity away from you. Hospices are a backbone. You realise that they are there to help you to the very end, and onwards.”